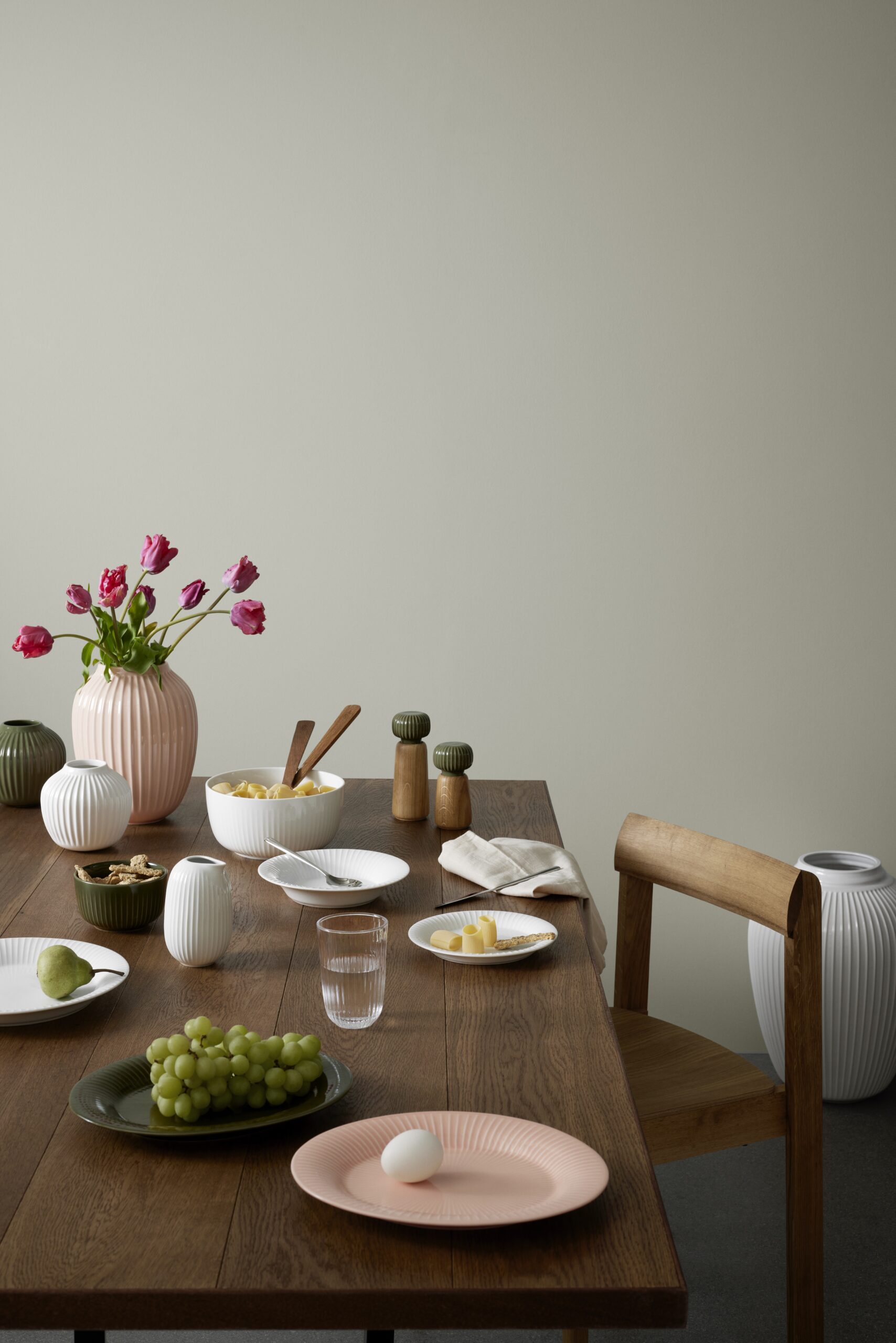 Kähler represents Nordic design and gastronomy, coupled with the great respect for its more than 175-year-old heritage and tradition – a brand universe in which all are welcome, where the emphasis is on authentic experience. Kähler’s Ceramics Factory started off as a small family-run workshop in the city of Næstved and has since established its reputable name inside and outside of Denmark.

Throughout the years the workshop had attracted many artists to learn the art of designing and ceramic craftsmanship, one of them being Svend Hammershøi (1873-1948). Hammershøi’s speciality was making the striking profiling, horizontal and vertical, which he performed flawlessly on a large number of vase, jar and bowl designs. This signature feature was present in all of his work back in the day. The timelessness of his designs is evident in their persistent popularity, being reinvented and rethought over the years in the Hammershøi Series. The most recent tribute to the artist’s influence is a mouth blown glass version of the classic vase. Incidentally, Hammershøi also is the man behind the official Kähler HAK logo, engraved at the bottom of every crafted item. The initials HAK stand for Herman A. Kähler (1846 – 1917), an ambitious, enthusiastic and inventive man, who was the declared favourite son of the founding father.

Industrial Influences: a bit of Hammershøi in the day-to day

This beautiful and elegant teapot adds a certain tactfulness to teatime. Created by Hans-Christian Bauer, a Norwegian-born industrial designer, it reflects his strive to combine the warmth and uniqueness of ceramics with a rational modern look and a good usefulness.

Charachter Series: A penny for your thoughts

Although Kähler has an established reputation with the classic Hammershoi series, they have eagerly expanded their range to include modern designs from talented designers, including sculpting work. The Character series was designed by Malene Bjelke, a graduate from the Royal Danish Academy of Fine Arts who is an expert in shaping simple yet expressive figurines that portray human archetypes of all ages. This particular figurine encourages us to give both other people and ourselves a little consideration in the midst of our hectic lives.

Kähler Design: The Reflective One

Last but not least is the series of Omaggio from Stilleben, a design store run by Ditte Reckweg and Jelena Schou Nordentoft. Having both graduated from the Danish Design School (Ceramics and Glass Design) they have perfected the art of vase-making. Their focus is on precise design and materials and surfaces that highlight the product in the best possible way, while giving it a playful look.

» Innovation » Kähler Ceremics Factory Treasures Previous post:
Drinking with all your senses – Served Right! Next Post:
A few tips for the Autumn Decor