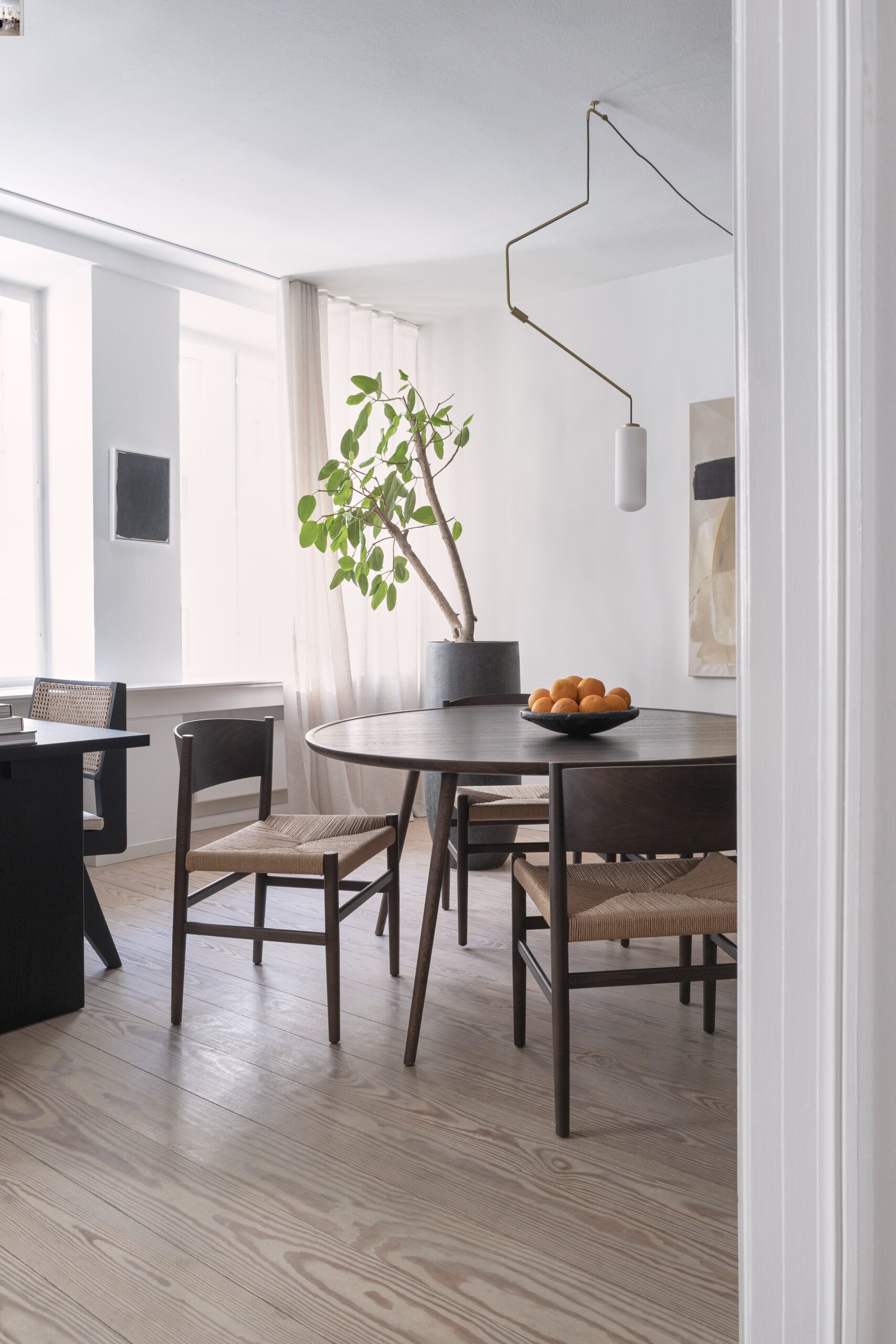 Horizontal and vertical lines are two of the most powerful tools available to the designer.

In general, horizontal lines stabilize a room and give a feeling of being closer to the ground. They emphasize smooth, continuous movement through a space. Vertical lines lift the gaze and draw it towards the ceiling. They add height and drama, initiate upward movement.

Neither verticals nor horizontals can do without the other. Horizontals have a near natural monopoly in any habitable space; they are your floor, ceiling, ceiling cornice, table, bed, seats, windowsills. They are what you stand, sit, lie on: the solid basis that any space requires. Verticals, on the other hand, are intruders, disruptors: they break up the monotony of horizontals.

Just as in the cityscape (think of church spires, towers, turrets), so in an interior: vertical lines break through their surroundings to point towards the ceiling/sky or mark an important point in space.

2. A long horizontal piece of furniture can be used to make a narrow wall seem wider or a wide wall seem even wider:

3. Verticals do not have to start from the floor. Verticals dropped from the ceiling can create an intense local focus. Here the black vertical of the lamp is underlined by the black horizontals of the sofa and footstool.

Used in a series, dropped verticals can also be an effective way of structuring a part of a room:

4. A tall mirror hung on the wall or stood on the floor can be another forceful use of a vertical. This iron-framed reflective rectangle from House Doctor makes a striking incision in the plane of the wall:

5. A vertical does not have to be a single piece of furniture. A ‘composite vertical’ might consist of a mirror above a mantelpiece or a slender vase on top of a tall cupboard. Or this plant standing on a side table in a corner of the room and pointing upwards to draw attention to the delicate ceiling moulding:

6. When straight lines start to grate or oppress, they can be softened with fabrics or vegetation. Alternatively. toss in some curved lines, such as this circular mirror from Hubsch: